Dozens of Athens residents fled their homes on Friday as wildfires fanned by strong winds and high temperatures burned through woodland around the Greek capital, sending clouds of smoke billowing over the city. The fires are compounding the problems facing the government of Prime Minister Alexis Tsipras, which is struggling to obtain a fresh bailout from foreign creditors.

Tsipras, who may delay a reshuffle of his cabinet – expected on Friday – because of the emergency, urged calm as more than 80 firefighters with 18 fire engines and three aircraft battled the flames, which a Reuters photographer said were near homes. A neighborhood playground burned to the ground and flames surrounded the local church. Dozens of people, including elderly women covering their faces with headscarves, tried to put out the flames with buckets of water. 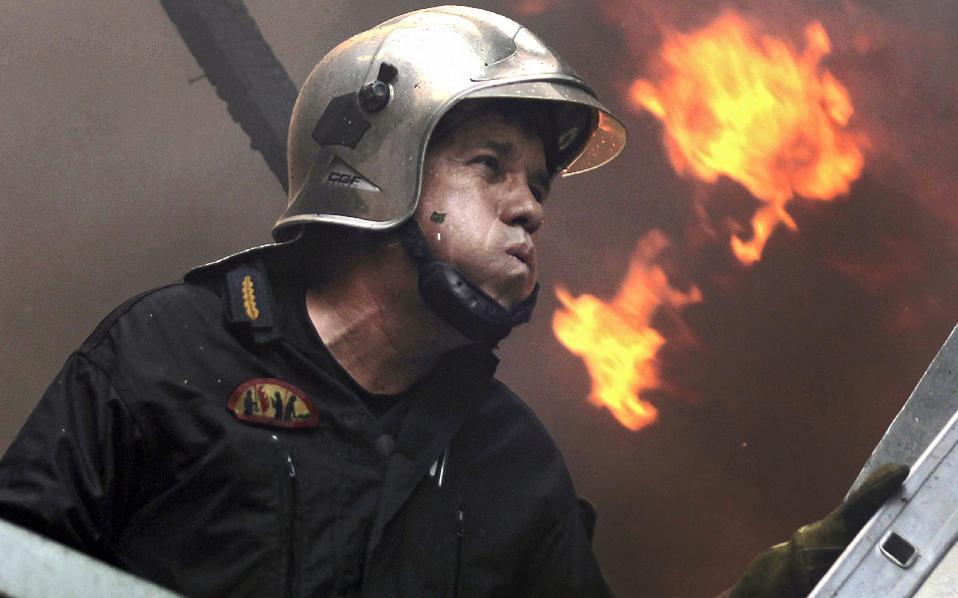 “We all need to stay calm,” Tsipras told reporters. Tsipras said he had asked the air force and armed forces for help and had also appealed to other European countries for assistance with extra fire-fighting aircraft. Forest fires are common during the summer months in Greece but memories remain vivid of the huge damage and heavy loss of life caused in 2007, during the most serious outbreak of the past few years.
“The situation is difficult,” said Michalis Karagiannis, deputy mayor of Vyronas, one of the suburbs near the flames. So far, no one has been reported injured, fire brigade officials said.
Energy Minister Panagiotis Lafazanis, who spoke to Greek TV from the scene with a protective mask across his face, said: “We are all making an effort to stop the worst.”
He was heckled by angry residents who accused him of doing “micro politics” and urged him to “take off your jacket and help.” Separately, wildfires burned through rural land on the island of Evia near Athens and in the region of Laconia in the Peloponnese where one fire-fighting aircraft was forced into an emergency landing, according to the regional governor.

State television reported the fire’s front was over 15 km long and one health centre in the region was preparing to evacuate patients. A police source said a 58-year-old died after inhaling fumes and suffering respiratory problems. “Things are very bad,” Peloponnese Governor Petros Tatoulis told state television. “The situation is critical. We are working to prevent casualties.” [Reuters]