SOUTH KINGSTOWN — Acrid smoke gushed out the windows of a concrete building Friday. Firefighters preparing to venture inside had their communication radios set to go: some in English, but others in Greek. And so they moved in. Carrying hose line, firefighters from the town’s Union Fire District and 13 from Greece who spent the week training here did the simulation several times, searching through minimal visibility for a fire’s source on one of several floors and locating someone — a mannequin — in need of rescue.

In what might seem an unlikely crossroads for the world, some of the globe’s firefighters have been coming to an unassuming, woodsy patch of Rhode Island off Asa Pond Road to practice their trade. 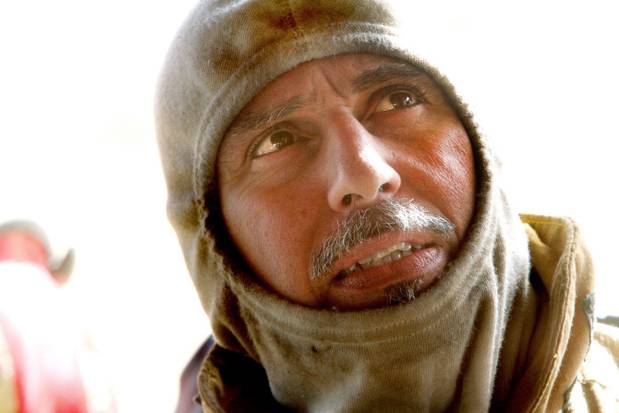 This was the second time Greek volunteer firefighters participated at the district’s training grounds. The first was in 2011.  Japanese firefighters have been here before. So too have firefighters from the Bahamas.

One reason for all this: The Union Fire District’s training area has a Class-A burn building for simulations, according to district Fire Chief Robert A. Perry. Class A means it produces a lot of smoke — the fire inside is set using wooden pallets — in a way that closely resembles a true structure fire. Warwick, Cranston and Woonsocket have sent firefighters to train here. And trainers come to volunteer their time. Friday’s various trainers included ones from Rhode Island as well as one from Boston’s Logan Airport. There were also personnel from Narragansett and Coventry. 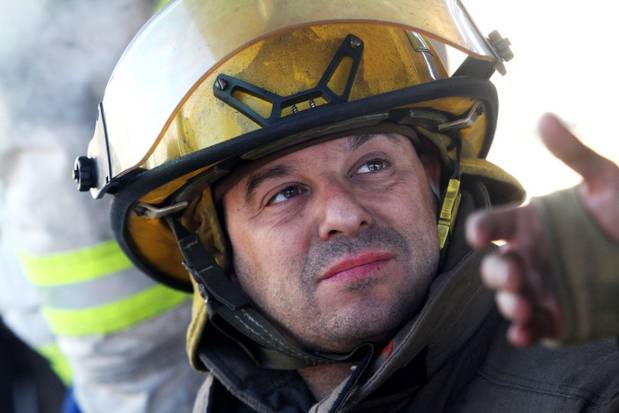 “They get a lot of smoke and real conditions, so they bring them down here,” Perry said of fire departments.

George Petras, a firefighter in Athens, watched Friday as his countrymen worked with the Rhode Island firefighters. He said that the safety procedures used in the U.S. are “by the book” and that they want to bring more ideas back to Greece. The participating firefighters come from the Greek islands, such as Crete, as well as from Athens and Messolonghi.

Petras said the most important thing during the training in South Kingstown is “we learn more tactics.” The firefighters also learned various search patterns when going into a building.

On the other hand, Union Fire District Deputy Chief Kevin Quinn said the Rhode Island firefighters learned a lot from their Greek colleagues, particularly in the area of using ropes to rappel. Quinn said Greek firefighters recalled a major rappelling operation to get to a vehicle that had someone trapped inside. After each simulated search and rescue, the firefighters huddle for a debriefing to see what could be improved on or done differently. For instance, after one run-through, the fire personnel were told to remember to go to the source of the fire first to look for someone who needs to be rescued because that person potentially has the least chance of surviving. Then, firefighters should work their way back from that point. The international firefighter training traces its origins to 2010, when Perry and Quinn met with Makis Tsiougris, president of the Union of Hellenic Fire Service Volunteers, which represents some 2,000 volunteer firefighters in Greece. 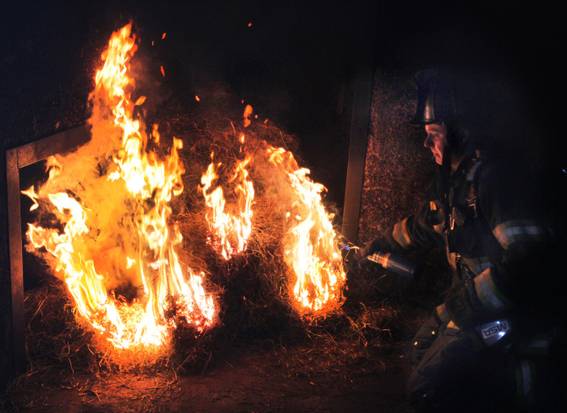 The National Volunteer Fire Council — of which Union Fire District’s Quinn is a board member — has an international relations committee that provides assistance, and the American Hellenic Educational Progressive Association provided financial sponsorship of the Greek firefighters’ visit. Perry said no taxpayers funds were used to cover the visit. During the day of fire simulations, the blue and white flag of Greece fluttered nearby.

Petras said he and a few others of the Greek contingent will head next to Long Island to a fire academy with a focus on wildfires, a type that firefighters in Greece often contend with.